The species was only known from the holotype collected on 19 February 1942 by Dr. Raymond Forster, after which Dr. Forster conducted several searches for the species but was unsuccessful (Dr. Phil Sirvid, pers. comm. 15 October 2018). On 11 July 2020 Uwe Schneehagen (username 'schneehagen') uploaded a photographic observation of an opilione (harvestmen) to iNaturalist.org taken the previous day at Wainuiomata, Lower Hutt about 3-4km from the type locality. It was subsequently deemed a Research Grade (i.e. expert confirmed) observation of Prasmiola unica (https://www.inaturalist.org/taxa/395571-Prasmiola-unica). A second possible photographic observation of the species was made at the type locality (Days Bay) on 22 August 2021 by Jean Roger (username 'jeanro') (https://www.inaturalist.org/observations/74822761).

Only known from the holotype at the Te Papa Tongarewa Museum of New Zealand. Accession number: AH.000081 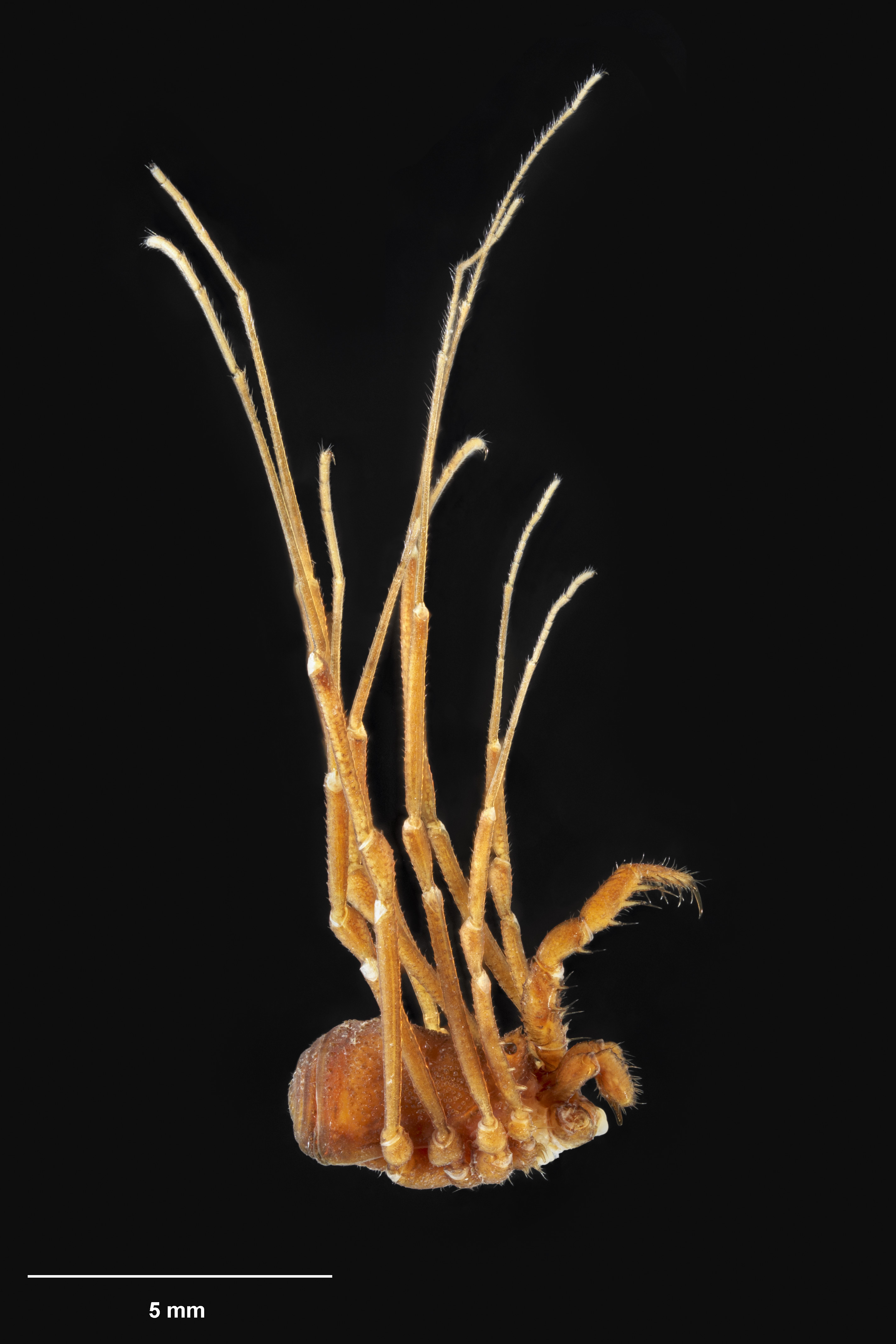 << Back to the Chelicerates database